The Bay Area has drawn its fair share of negative headlines as of late, with large rent declines and increased home sale inventory in August. These shocks to the Bay Area real estate market, combined with state-wide rent control passed in 2020, have led many investors to sour on a market that was once the most desired in the country.

But what gets surprisingly few headlines is how the Bay Area continues to dominate the US in corporate growth and tech innovation, with 18 IPOs and 800 tech startups funded so far in 2020. The companies behind these fundings will triple and quadruple in size over the next decade, providing a windfall of jobs and wealth across the local economy.

That economic growth will increase the demand for housing in the area. And because the region has low levels of supply expansion, the demand will put upward pressure on rents and home values.

Now is the time to go deal-hunting in the Bay Area.

There is a secular economy shift occurring in the United States towards tech, with the Industry adding 2 million jobs to the country’s economy since 2010. As the tech capital of the world, the Bay Area disproportionately benefits from this shift.

But what’s so amazing about tech jobs is the spillover impact they have on the rest of the local economy. Stanford Economist Enrico Moretti has found that adding one tech job to a local economy has a multiplier effect of adding an additional five jobs over the next 10 years.

So being the alpha tech economy is a major competitive advantage in terms of regional growth. Now, is the Bay Area still top dog? The answer, despite calls of Austin/Denver/Salt Lake/Raleigh being the “next Silicon Valley”, is undoubtedly yes.

The first place to start when evaluating tech expansion is IPOs. The average company adds over 800 jobs to its roster post-IPO. An IPO also brings a windfall of wealth to the local economy and is a positive signal to entrepreneurs about the quality of innovation and mentorship in the area. This creates even more startups, some of whom will eventually IPO in the future.

From 2017 to 2020, the Bay Area produced 90 IPOs that have a cumulative present-day market cap of $643 billion. No other US market is even close to touching those metrics.

San Francisco’s $378 billion IPO market cap since 2017 is over 2x higher than Seattle’s and 3x higher than Boston’s. San Jose’s $265 billion is nearly 4x higher than Chicago. Notice that markets like Austin and Denver are conspicuously absent from this list.

The Bay Area’s stranglehold over the IPO market has only increased over time. San Francisco and San Jose used to combine for about 5-10 IPOs per year from 2005 to 2010. Now they register anywhere from 15 to 35. Outside of New York and Boston, no market comes remotely close to those figures.

What’s exciting for the Bay Area is that the jump in IPOs that has occured over the last several years has only started to impact the local real estate economy. These companies are going to continue growing well into the future, providing more tech jobs and the associated 5:1 ratio of additional jobs in the economy.

What’s also exciting for the Bay Area is that their dominance in IPOs will likely be even stronger in 2030.

Startups are the Future

The startups that are in the process of raising their Seed and Series A rounds in 2020 will be the IPOs that occur 10 years from now. By analyzing the concentration of startups and venture capital investment today, we can predict the future vitality of a region’s tech economy.

Through late September roughly 800 Bay Area tech startups have raised over $35 billion in venture funding on the year. Those figures are orders of magnitude higher than any other market – 4x New York, 6x Los Angeles, and 16x Seattle. Note that the Bay Area’s dominance over Austin and Raleigh, cities often donned as the next Silicon Valley, is an astounding 30x.

The startups accounting for these venture investments are fairly early in their growth cycle. Many will fail, but many will also become the next Zoom, Square, or Salesforce. That bodes very well for future job and income growth.

The Bay Area’s stranglehold over the startup tech scene has only increased over time. From 2005 to 2010 the region was producing about $10 billion in annual investments. That’s up to $35-45 billion in recent years.

If a startup wants to succeed, it will go to where the venture money, talent, and mentorship is. The Bay Area has built a sizable moat around each, and it is only growing, despite the occasional high-profile corporate relocation.

Let’s do some simple math for the Bay Area.

30%. The share of those jobs that are created in the Bay Area. The remaining 70% will be created in new offices around the world.

And that’s just from the IPOs over the last three years. We haven’t started getting into the IPOs before then or the ones that will assuredly occur over the next couple years. Nor have we scratched the surface on the 10,000 startups that call the Bay Area home.

It comes down to Fundamentals

The Bay Area checks the box on each. The region’s outright dominance in corporate expansion and tech innovation ensures that there will be a continual stream of wealth and new jobs into the region. Meanwhile, the area is projected to see a supply increase of only 1.0% over existing inventory by the end of 2022 (Source: CoStar). For context, markets like Nashville, Miami, and Boston are 3-4x higher.

There are some legitimate concerns over California’s political climate and rent regulations. However, the statewide rent control measure signed into effect this year caps rent growth at 5.0% + area inflation, which equates to about 7.0% most years. Rarely, if ever, is a market organically producing rent growth above that level. Properties are also exempted from the measure for 15 years after their delivery date, providing a nice runway for newer deliveries.

The fundamentals side with investing in the Bay Area. Ignore the headlines and look for a buying opportunity. 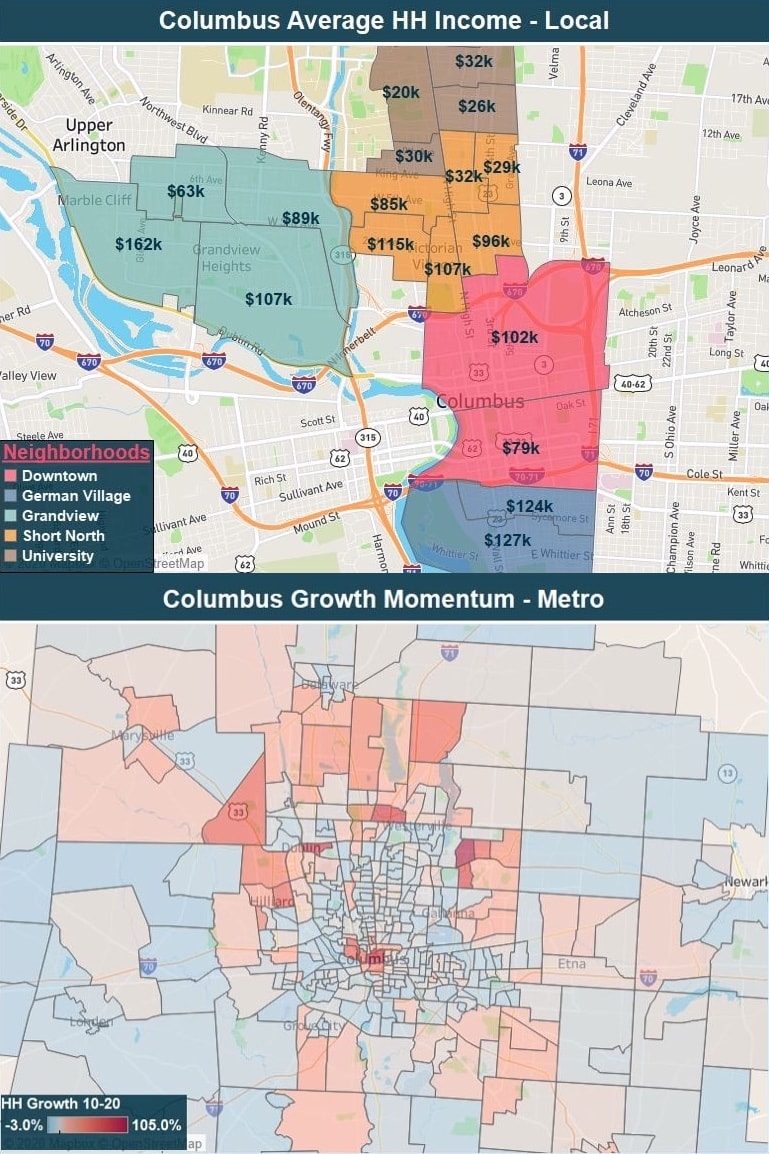